Each year, NPC field leaders get together for a few action-packed days of learning and celebrating, recognizing and networking. This year, the Speed of the Leader, Speed of the Team AGM Conference was held at the Sawgrass Marriott Resort in Ponte Vedra, Florida. 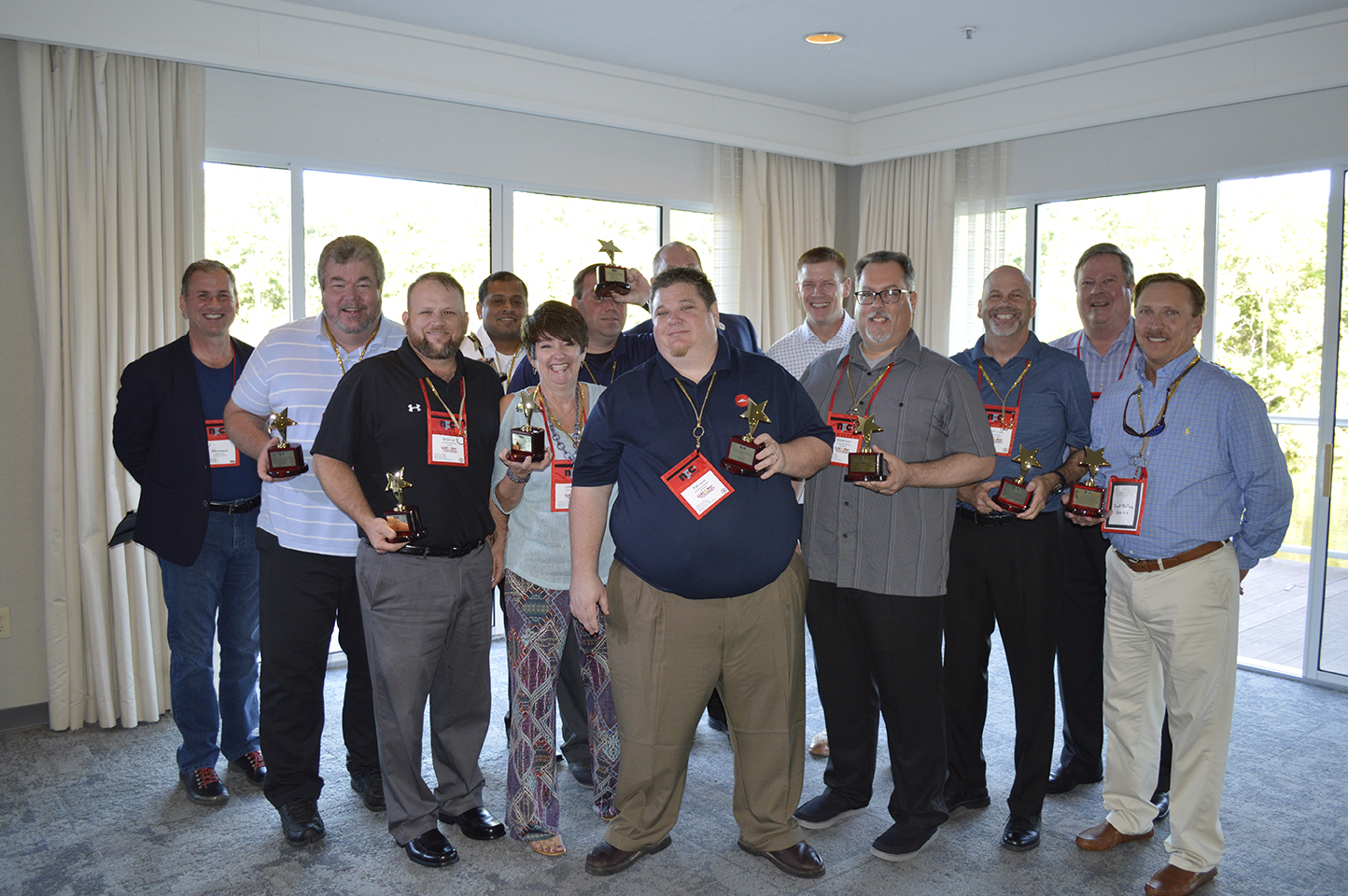 The Starting Line and the beginning of our event was on Sunday, April 9, with a dinner and reception honoring NPC’s top performers, those who earned Gold or Green STAR status for 2016. The VIPs of this evening were the nine individuals who earned Gold for the second year in a row – Brian Hall, Darrell McCrory, Jamie Douglass, Julie Wynne, Manuka Abeykoon, Murl Jones, Pat Gould, Randy Harris and Steve Holm. 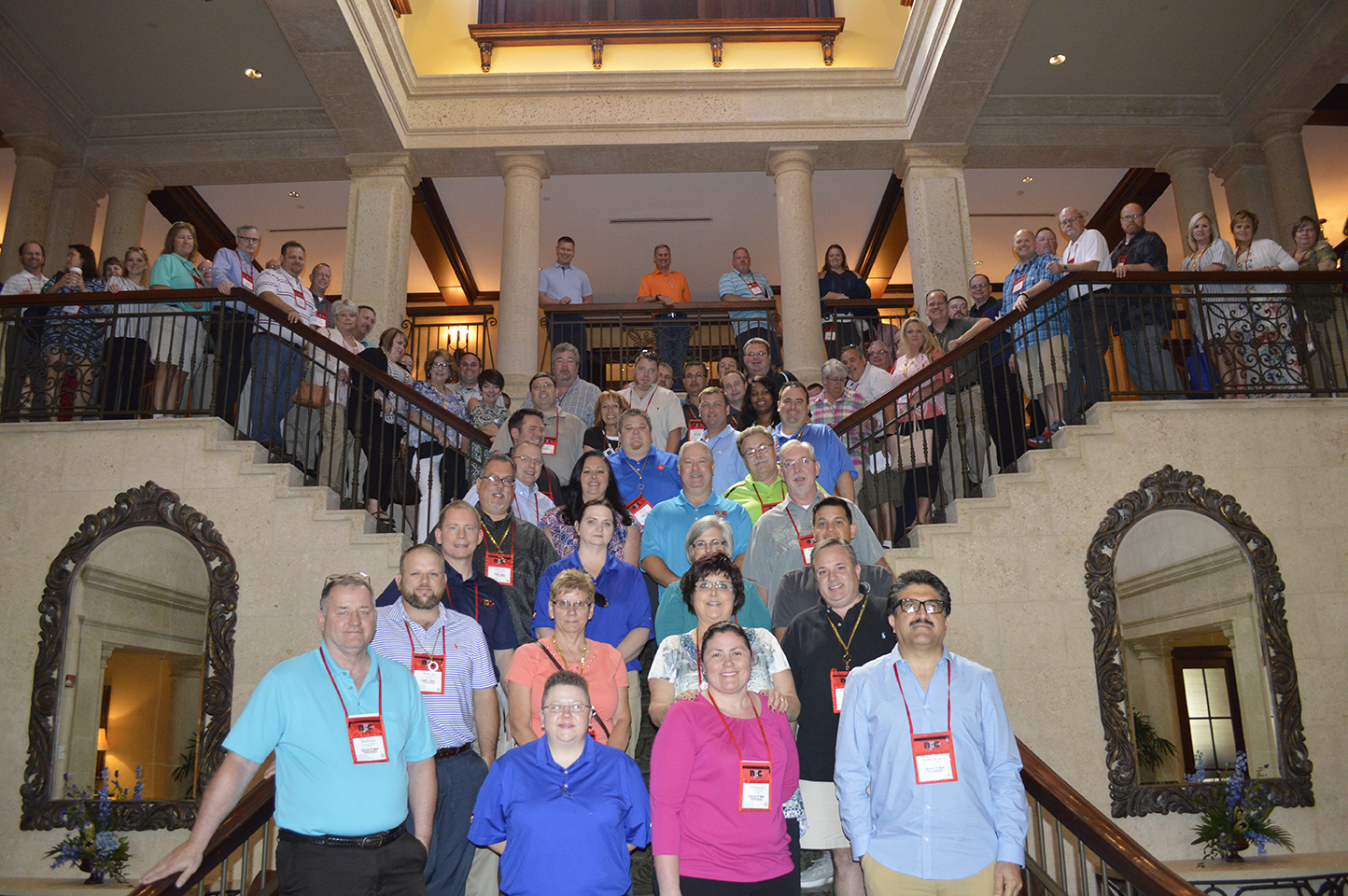 Lap One, Monday, was full of exclusive activities for Gold and Green performers. The day started with a short ride over to the spectacular TPC Sawgrass golf course for breakfast and roundtable discussions at the TPC club house. Prior to the conference, each person had the opportunity to submit their questions and concerns, and during the roundtable, they discussed these topics with colleagues and the NPC executive team. It was a great session and opportunity to listen, be heard and learn from one another.

Monday evening was spent honoring the Valued Vendors whose sponsorships make our conference possible. The night kicked off with the annual vendor show and reception, and then moved outside for a fantastic vendor appreciation dinner. Service Awards were recognized at this event, including THREE individuals with 40-year anniversaries in 2017 – Steve Ampula, Kevin Boone and Darrell McCrory.

Lap Two, Tuesday, was the fastest and most action-packed of all. We began with an opening session led by NPC’s CEO, Jim Schwartz, and CFO, Troy Cook. After discussing the state of the business, the pair sat down for a “fireside chat” and answered the questions on employees’ minds. This informal conversation was one of attendees’ favorite parts of the conference.

Conference breakout sessions addressed our pillars of PEOPLE, SERVICE and SALES, and a Pit Stop midday allowed for some free time. Attendees got to choose from several amazing activities, including air boat rides, golf at TPC Sawgrass, spa treatments, deep sea fishing and relaxing on the beach. Then, everyone come back together for a great evening at the Awards Banquet and Ceremony.

During Tuesday night’s program, NPC was proud to donate more than 100 books to the Girls Inc. GirlSMART program of Jacksonville for the 2017 Conference Give Back. At Sunday’s Gold and Green reception, NPC’s top performers took the time to write encouraging message to Girls Inc. girls inside of each book. In addition, our partners at Staples contributed several items from the Girls Inc. Wish List, including school supplies, art supplies and games. Finally, through online contributions prior to the conference, NPC beat the $5,000 donation goal and presented Girls Inc. with a check for $5,440 benefiting GirlSMART. 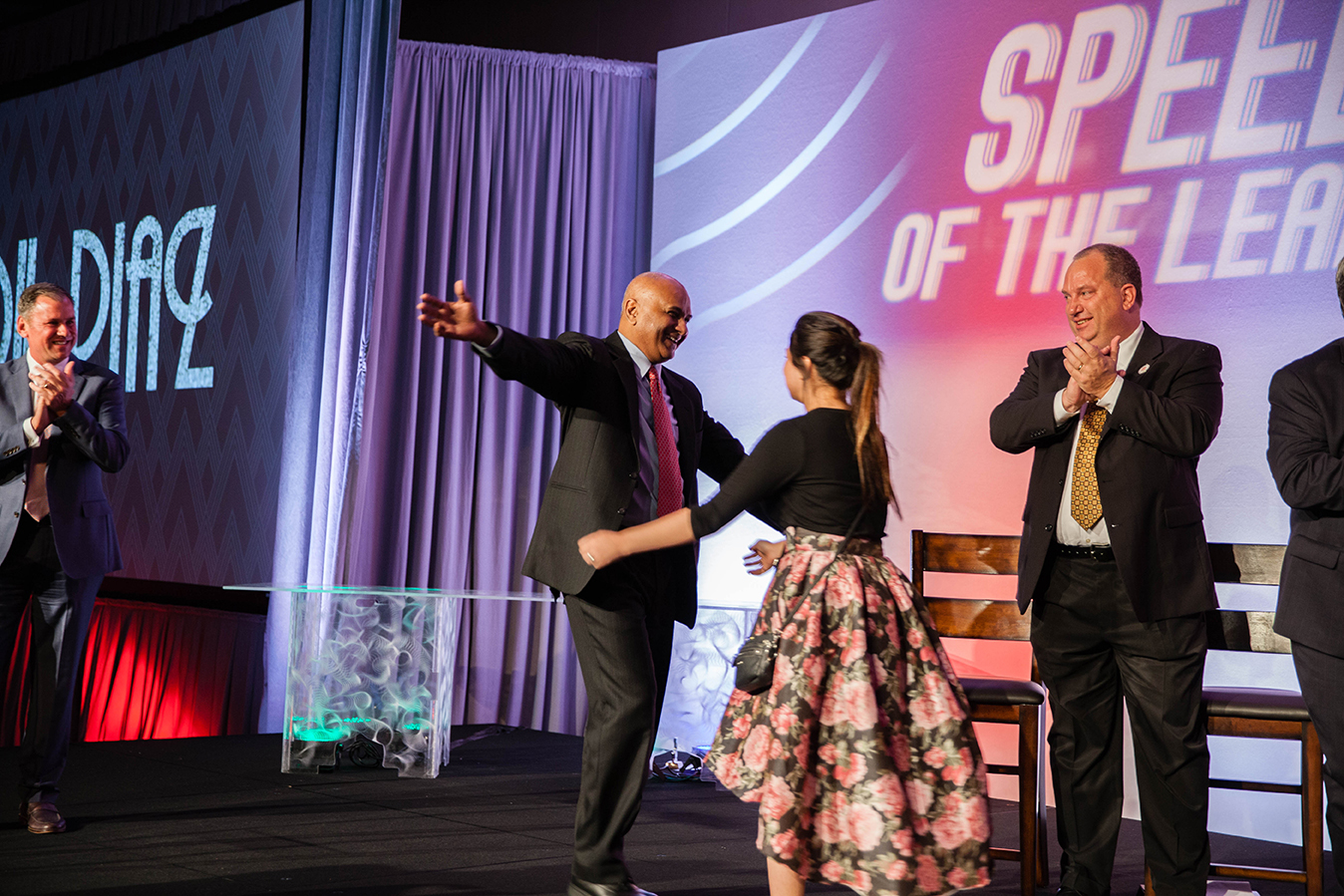 But the major highlight of the evening – and the conference as a whole – was the AGM of the Year Award presentation. Adil Riaz earned this honor, and when he took the stage to accept the award, he was shocked to learn that NPC had flown his family in for the event. Adil’s daughter, sister and two brothers joined him on state – this was a truly special moment!

“It’s a great honor to work with a group of people who really truly care,” Adil said.

Wednesday began with breakfast and breakout sessions, then, AGMs separated out in to their territory breakouts to talk about SPEED and how accountable leaders help us drive the right behaviors among our teams. The group came back together for a closing session before hitting the road.  When the third and final lap was over, everyone was fueled up to start a new race among their teams – a race to make the best better!

Each year, the AGM Conference serves as a great opportunity to come together as an NPC Family, and some of the best memories aren’t the ones listed here, but the time spent catching up with co-workers, facing off at a game of ping-pong, sharing a laugh around the fire pit or raising a glass to a successful year. Thank you for another great event, and see you in 2018!