Through a partnership with Excelsior College, NPC provides higher education opportunities to all NPC Pizza Hut employees and their immediate family members through a 45% discount on tuition, waived fees and allowing employees to apply LEAD training courses as credits toward their chosen degree program.

In order to give NPC employees even more resources to invest in their future and pursue their dreams, NPC and Excelsior College have created an all-new Ambassador role to help answer your questions and support you through the program as well as a new NPC Pizza Hut at Excelsior College Facebook community (link not active in the restaurant)!

So… you should meet your new Excelsior Ambassador! 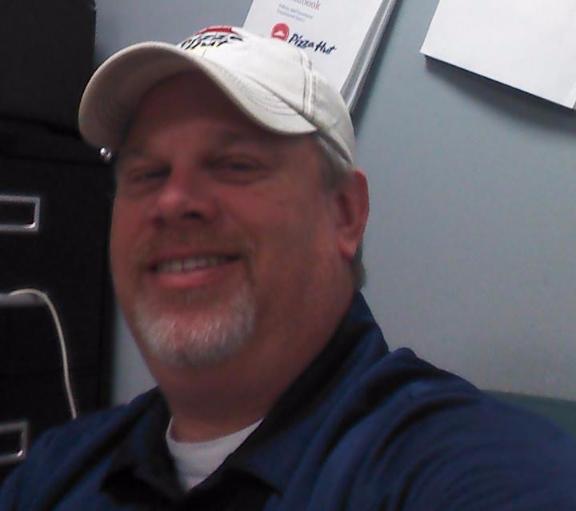 Jason Hamerlinck started his career with Pizza Hut in high school as a server at his home-town restaurant. More than 20 years later, he is the Talent Acquisition Manager for the Little Rock and Georgia Regions and the new Program Ambassador for NPC’s amazing educational partnership with Excelsior College.

Jason decided to go back to school after building a successful career with NPC.

“Going back to school has always been one of those ‘bucket list’ items for me,” Jason said. “But being out of school for 20 years and going back is not an easy decision.”

“What really sealed the deal for me to actually get started was that with Excelsior, I was not starting totally over. The credits that I had from prior universities transferred to Excelsior. However, the biggest selling point for me was the ability to use Learning Zone and work experience as college credits. This was huge because with those credits, I was less than two years away from a degree. I had to try it out. The discounted rate for Pizza Hut employees was also a big win.”

As an Ambassador, Jason will be an invaluable resource for NPC employees who are considering a degree though Excelsior or are working through the program.

“I hope to spread the opportunity of continued learning,” he said. “Part of our Leadership Swagger is having an open mind and being an active learner. Excelsior is such a great opportunity for people who are working to continue their education, and it could open doors for so many people if they would explore this option. I think that the more I get involved, it will help NPC become a stronger company and help build leaders for the future.”

You can get in touch with Jason on the NPC Pizza Hut at Excelsior College Facebook page (you will not be able to access this in the store), via email at EDU@npcinternational.com or by submitting the Information Request form at
https://connect.npcinternational.com/careers-learning/education-opportunities/

“In my experience, the Excelsior staff has been very helpful,” he said. “They answer my questions very quickly and make sure that I have what I need. Now, I get to be an additional resource to help fellow NPC employees.”

Jason, originally from the Quad City area in Illinois, grew up on a farm until his family moved to Hot Springs, Arkansas, when he was a teenager. He moved to Conway, Arkansas, after high school and started college there. Needing a part-time job to cover college expenses, Jason knew that he made good money as a server and had a lot of fun doing it, so he applied and was hired as a Pizza Hut server in Conway.

The RGM of the restaurant saw something in Jason that he couldn’t even see in himself at the time – an ability to lead – and pushed him to become a Shift Manager. From there, his career took off. He transferred to the unit across town to become an Assistant Manager, and soon after, he was given the opportunity to take over as RGM.

“This was a lower-volume unit, and I had a lot of success,” Jason said.  “I realized at that time, this was a place for a potential future. I also knew that if I ever wanted to move up, I needed to take over a higher volume unit.”

Then the opportunity to run one of the Delco units in Little Rock came open, so of course, he took it.  While in Little Rock, Jason ran four different units.

“I wanted to move into multi-unit leadership and was training to move up,” Jason said. “But at this same time, the Region went through a lot of changes, and I left the company.”

About two years later, Jason received a call from the Regional Manager who wanted to talk to him about the opportunities for him to come back to Pizza Hut. He interviewed and earned an Area Manager position overseeing eight units. For the next five years, he covered most of the state of Arkansas as an AGM.

“Then, I got approached about an opportunity,” he said. “And dumb me, I thought the grass was greener, so I left the company again. It wasn’t long before I realized the mistake that I had made.”

Jason decided to apply for a driver position at the local Pizza Hut to work part-time. “Luckily the RGM of this unit used to work for me and she gave me an opportunity to come back,” he said.

Eventually, the store became short-handed and he was asked to start running shifts on the weekend. And then, like before, his career with NPC started to take off, and he soon moved into an RGM role.  This was a store that I had opened as an AGM, so I was very familiar with it. He ran this unit for three years before the opportunity to move into HR came available, and he’s now been in HR for going on three years.

Throughout this wild ride with Pizza Hut, Jason was also growing his family. He met married his wife, Jaime, and the couple is happily married with four amazing kids – Logan, Madison and twins, Hayes and Shelby.

“One of the best things about pursuing my degree with Excelsior is that I get to be a role model for my kids,” he said. “I have shown them that education is important – no matter how old you are.”

Learn more about how NPC will help you invest in your future through a degree with Excelsior College (including information about scholarship opportunities!) on NPC Connect at https://connect.npcinternational.com/careers-learning/education-opportunities/