Pizza Hut is celebrating its 60th Anniversary this month, and the excitement culminated in a fantastic celebration of the brand’s past, present and future at last week’s IPHFHA (International Pizza Hut Franchisee Holders Association) Spring Meeting in San Antonio, Texas. 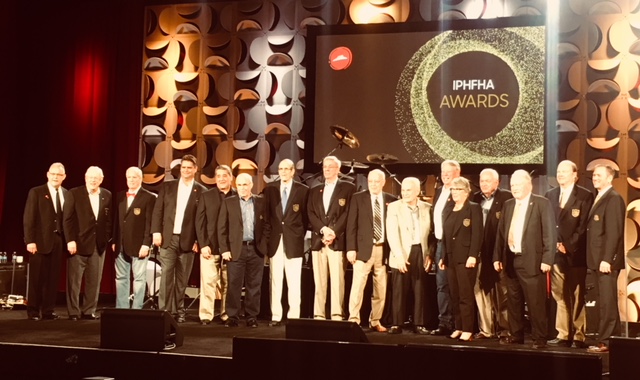 The exciting new partnership between Pizza Hut and the NFL was also front and center at the event, and attendees were able to sit in on a panel discussion with NFL Commissioner Roger Goodell, Arizona Cardinals wide receiver Larry Fitzgerald, Buffalo Bills owner Kim Pegula, and ESPN host and announcer Trey Wingo. The group discussed the benefits of our new partnership, including the exclusive marketing rights as well as the many benefits that will unmistakably connect Pizza Hut with the NFL and its teams.

NPC attendees, Vonnie Walbert, Linda Sheedy, Darrell McCrory and Greg Chaffin were able to spend some time with members of the panel, and Vonnie even scored a selfie with Larry!