In early February, Super Bowl 53 was played in Atlanta, home to the NPC Georgia Region. As the official pizza of the NFL, Pizza Hut was able to participate in the NFL Experience – a nine day interactive event that allowed fans to participate in football activities, games, and interact with NFL players. With thousands of fans streaming through the Experience each day, it was the perfect occasion for Pizza Hut to sample. The Pizza Hut mobile kitchen – a literal Pizza Hut kitchen on wheels – was dispatched to the venue and for five days, members of the NPC Georgia Region cooked pizza for hungry football fans.

Over the duration of the Experience, Team Georgia cooked about 6,500 large cheese and pepperoni pizzas. Twenty-five employees, including AGMs, RGMs, shift leaders, cooks, and drivers, worked over 600 man hours in the mobile kitchen. Teams departed each day at 7:30 AM from a nearby restaurant and returned after 11:00 PM. Leading this dedicated team was new Georgia Region Manager, Steve Kelly.

The dedicated and outstanding members of Team Georgia who worked the Experience include:

Thank you all for working so hard to bring this unique experience to our customers. You are all champions of Pizza Hut! 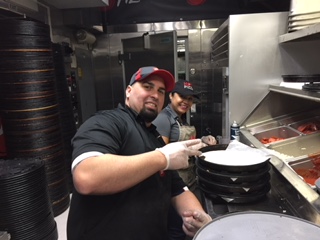 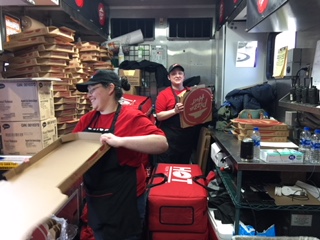 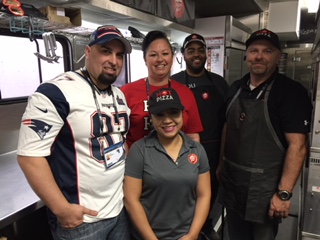 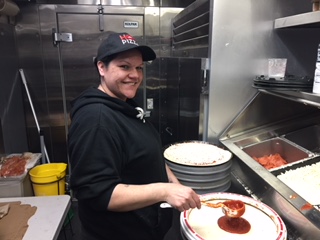 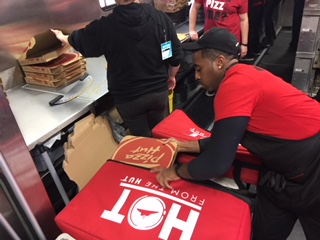