SARAH MADSEN in Give Back, Stories

Geneva Pizza Hut Manager Jennifer Jones is proud to support Pizza Hut: The Literacy Project, and she went to great lengths to get her community involved in the fundraising this year. Her restaurant in Geneva, Alabama, nominated Mulkey Elementary School as their beneficiary and they set out to make a difference for the school. Starting in February, more than $2,000 was raised for the school.

Alisha Reynolds was the Store’s Ambassador, and Jennifer credits Alisha for the success of the program at the Geneva location. Together, they came up with several creative ways to raise money and get the community involved.

Next, their “Pie to the Face” fund-raiser event was held on Monday, April 9. Three local politicians volunteered to be “pied” – Mayor Jeff Sorrells who is running for State Representative, Pepper Mock who is running for Sheriff, and Fred Hamic who is running for re-election as Probate Judge. In only one hour the Store raised $300 dollars for the school. At $5 a pie, that was 60 pies tossed – the “victims” of the pieing were good sports!

Lastly, the Store coordinated a petty zoo to raise money for the Literacy Project. A local couple brought their camel, horse and mule to Pizza Hut in Geneva for the kids to feed, pet and photo for a small donation. 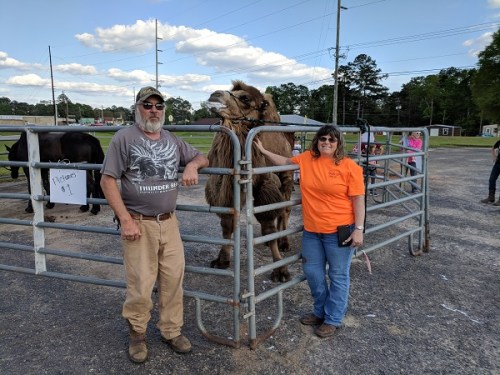